Oh What a Show!

Even in increasingly uncertain times, the success of the 2020 Covi Motorhome Caravan and Outdoor SuperShow held at the ASB Showgrounds in Greenlane, Auckland, over March 13 – 15 showed that this is the event to be at to see everything new in the industry, both from New Zealand and all around the world.

This year’s show was the largest ever in terms of the number of exhibitors and many of the thousands of visitors who came through the gate were in the mood to buy, meaning some exhibitors had their greatest show ever.

Covi SuperShow Managing Director David Culpan says: “We had a great turn-out in trying circumstances. The show looked amazing, exhibitors really made an effort and it showed in the quality of the stands.

“And despite what was happening in the world around us, there were some amazing sales results with many exhibitors achieving excellent sales.”

There was certainly plenty to see at the show including some showstoppers. Zion Motorhomes brought the ultimate in motorhome luxury to the show with the Morelo Palace from one of Europe’s most successful manufacturers of luxury motorhomes. Priced from $550,000 (yes, they made a sale), its distinctive design and stylish contemporary finish wowed visitors, as did the state of the art technology.

SmartRV’s stand included brand new 2020 models just in from Germany, and included the luxurious Bürstner Lyseo range of motorhomes – including the I744 model with its L-shaped rear lounge billed to make it feel more like an ‘apartment on the road’. 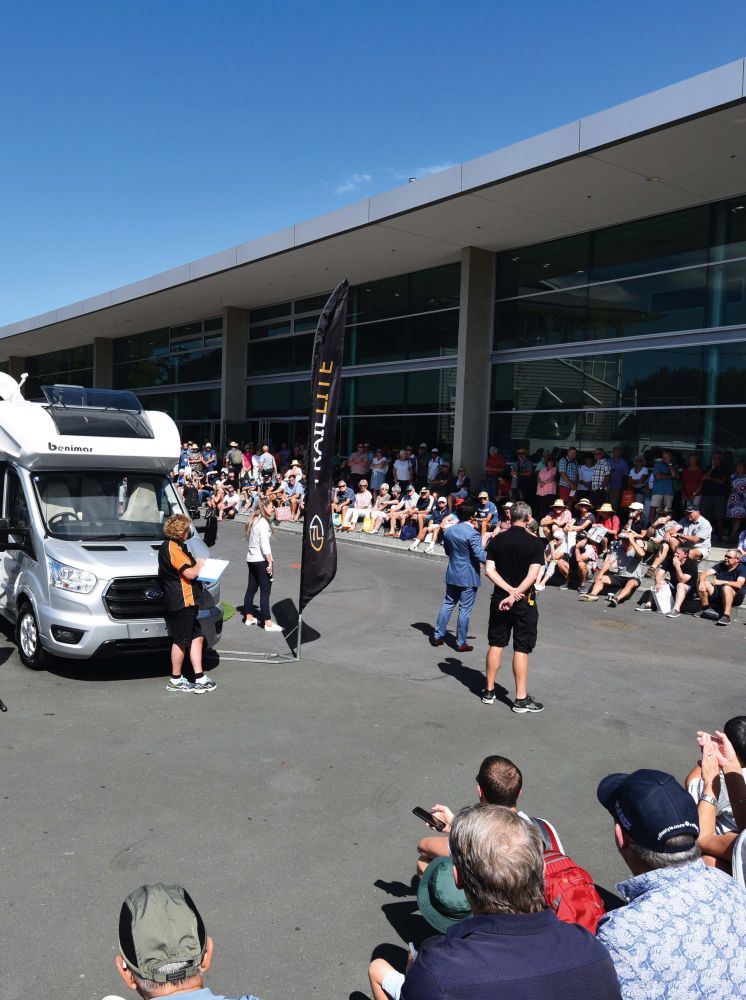 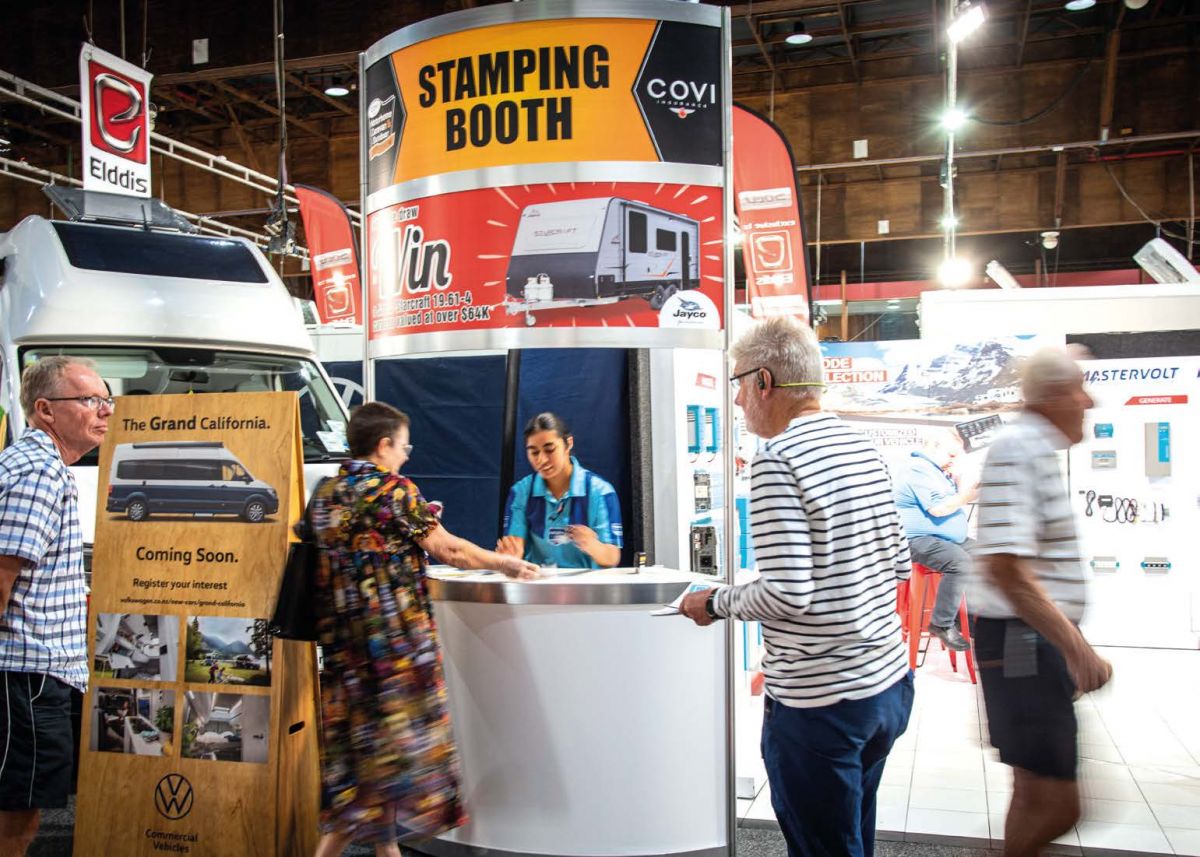 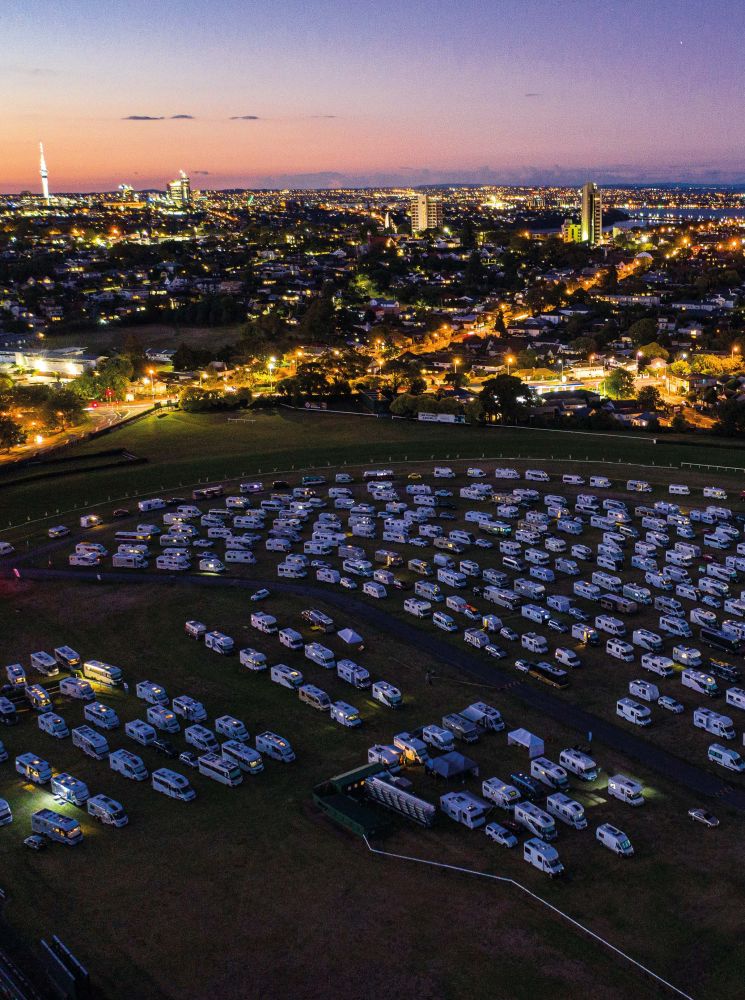 What a sight...just some of the members’ vans tucked up for the night at Ellerslie Racecourse 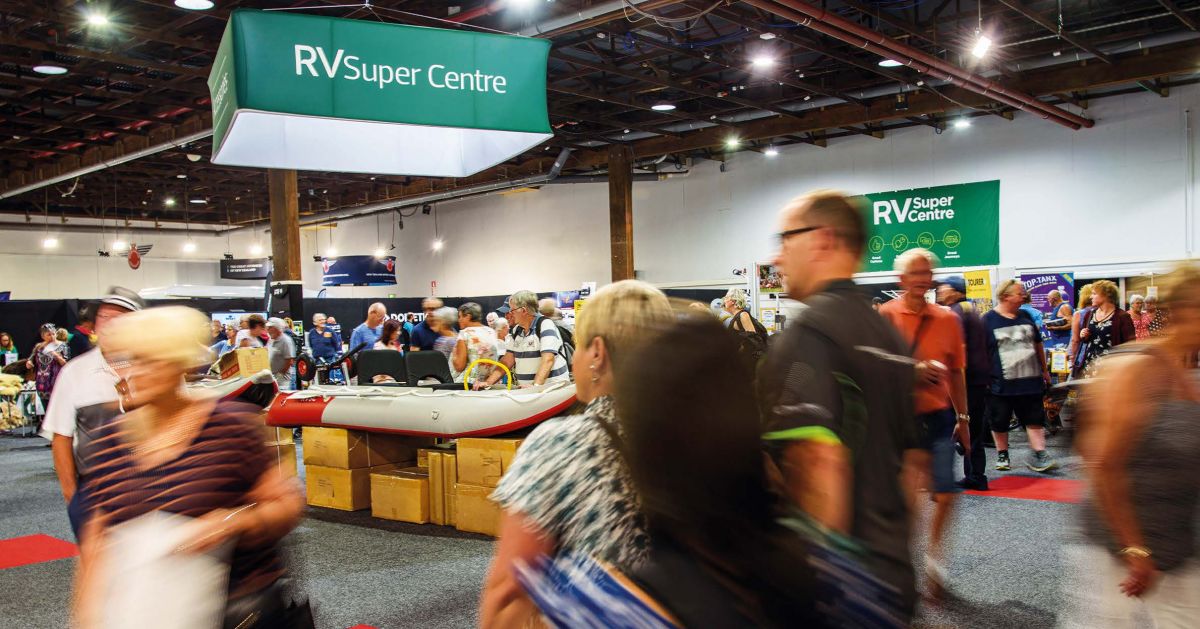 The 2020 Covi Motorhome Caravan and Outdoor SuperShow is a success! 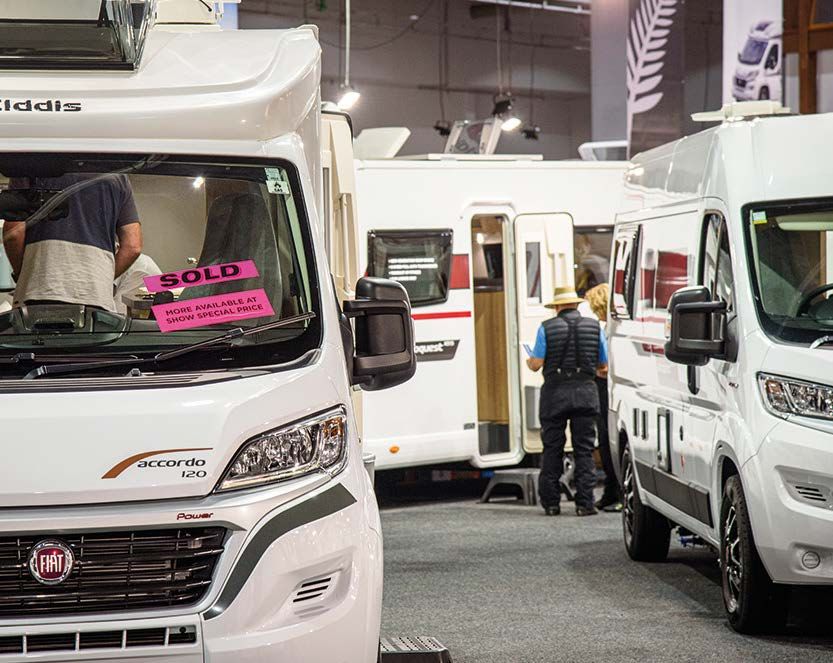 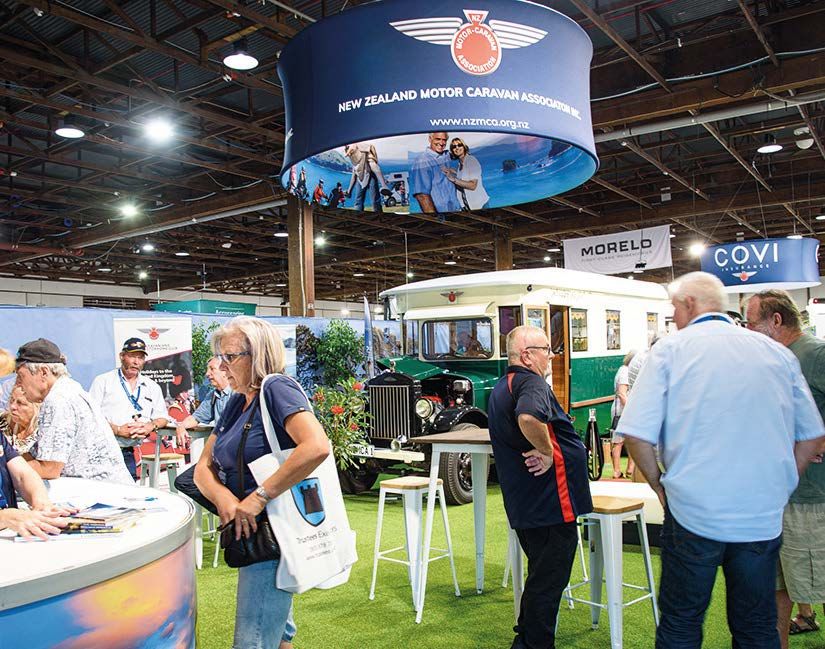 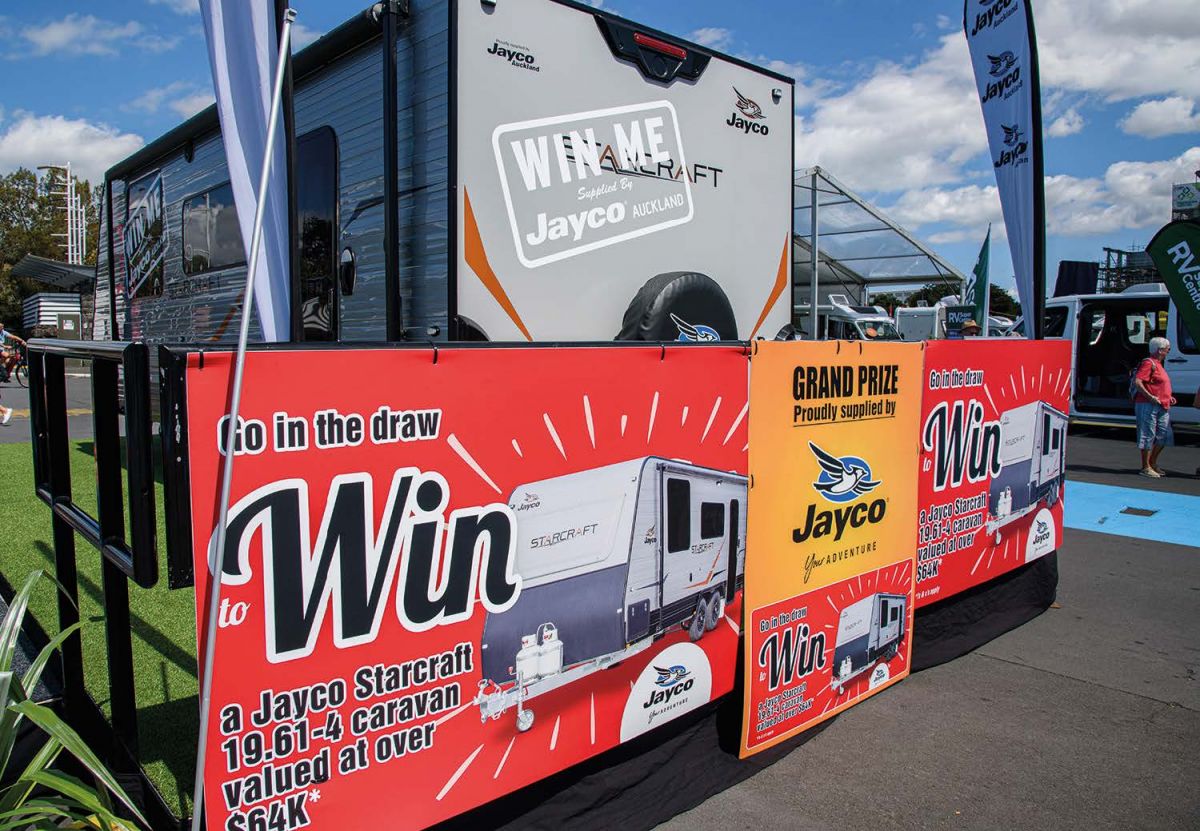 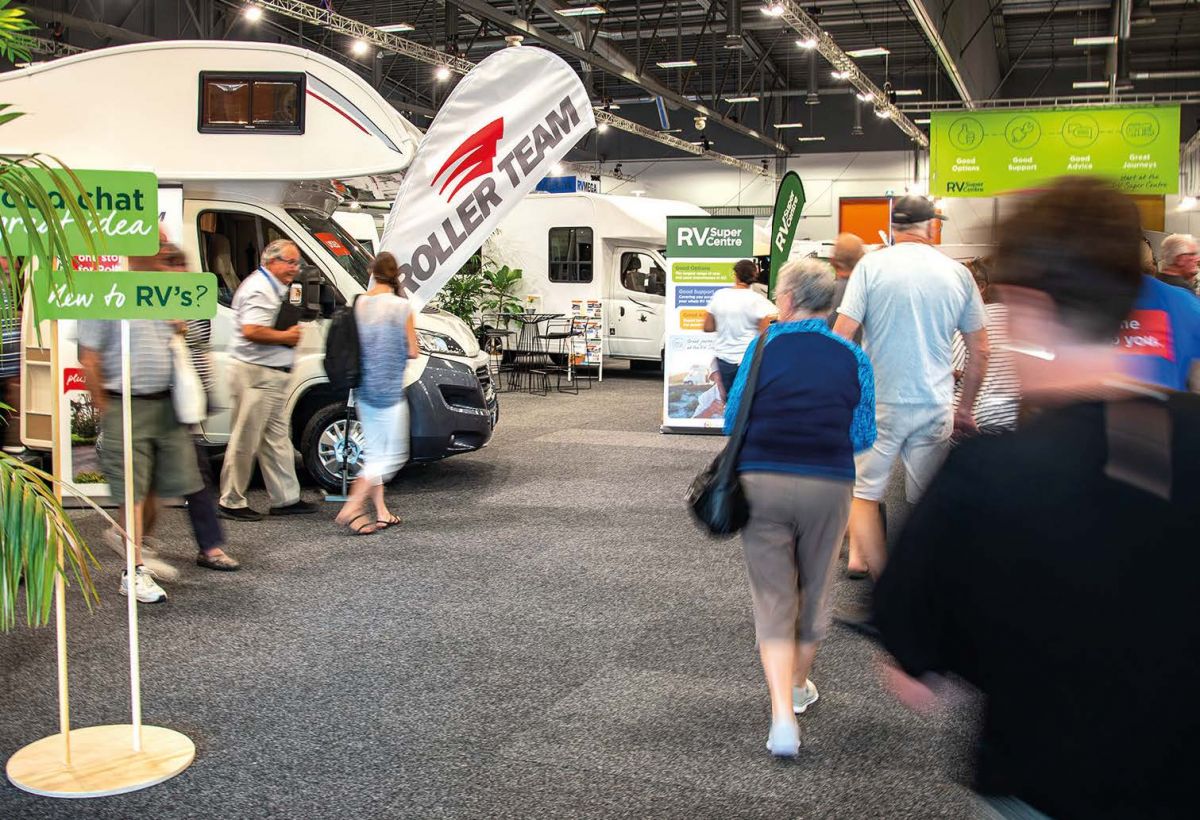 TrailLite had some exciting new models on display too, including: The Benimar Mileo 2020 range with new 9 speed automatic Fiat on the 160 HP cab; the Benimar Tessoro with new rear U-shaped lounge floor plan; and a brand new TrailLite floor plan with rear island bed, forward facing lounge seats, and a slide out which particularly appealed to those wanting room for the whole family.

Thanks to TrailLite, the eagerly anticipated No Reserve Auction was a show highlight. There was some lively bidding when a brand new Benimar Tessoro 494 motorhome went under the hammer. The live auction is always a chance to grab a bargain – and in this case a magnificent motorhome – and this year’s successful bidder went home very happy indeed. Equally happy was the Covi SuperShow’s Gate Prize winner Pieter Venter (#58220) who still can’t quite believe he and his wife Pamela are the proud owners of a brand new $64,432 Jayco Starcraft 19.61-4 caravan, thanks to the show’s partnership with Jayco and Jayco Auckland.

In fact, it took a couple of phone calls to and from the show’s organisers before he believed he was the winner.

“With all this fake news going on you can’t be sure,” he laughs. “I kept on asking if this was for real.”

After diligently collecting stamps as he walked around the show, Pieter got to the gate to go home and realised he was missing one stamp. He admits that after a great day enjoying all the exhibits, he suddenly felt tired and ready to go home, and debated whether it was worth going back to the booth he’d overlooked. He’s very glad he made the effort to get every single stamp!

Pieter and Pamela spent a long time at the Jayco stand looking at their fantastic range of caravans, but only just walked past the Gate Prize Jayco Starcraft 19.61-4 model which was on display in the outdoor area. So they thoroughly enjoyed checking it out at Jacyco Auckland once they knew it was theirs. Pieter says it’s quite a step up from their current caravan, which they’ve used extensively over the past five years. The couple are based in Kerikeri but are frequent house-sitters and often spend extended amounts of time in their caravan in between placements.

“We won’t know ourselves with all this luxury,” he says.

The wide range of accessories available to make life on the road safer, easier and more enjoyable proved to be a big attraction for visitors, as was the chance to get one-on- one advice about some of the emerging technologies that keep emerging onto an ever changing market.

A number of visitors made a weekend out of the show and stayed at the hugely successful rally at Ellerslie Racecourse. This year pets were allowed at the rally (but not the show), so there were plenty of happy campers of all varieties! Thanks to those who worked hard to make it such a great place to stay. This year proved more than ever, that whether you’re in the market for a vehicle for the first time, are ready to upgrade, or are after accessories or information to make the most out of life on the road, the Covi SuperShow is not to be missed.