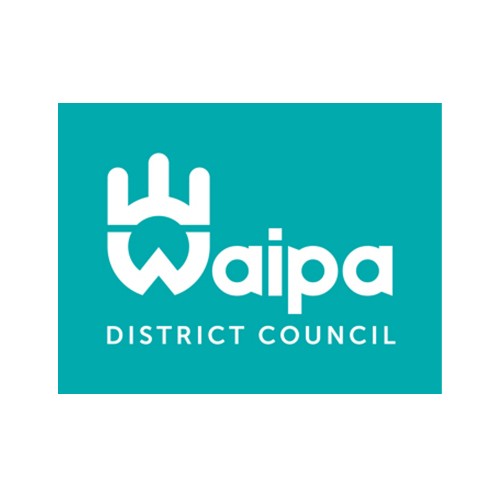 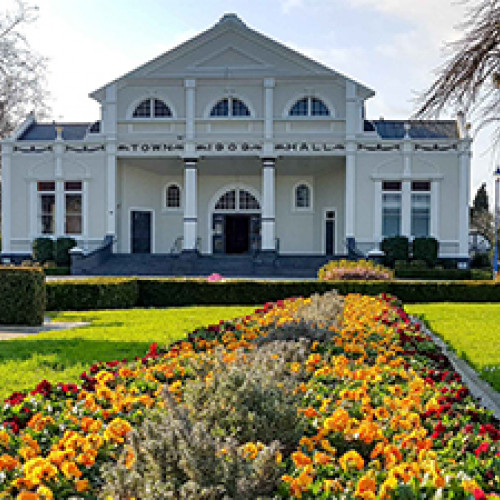 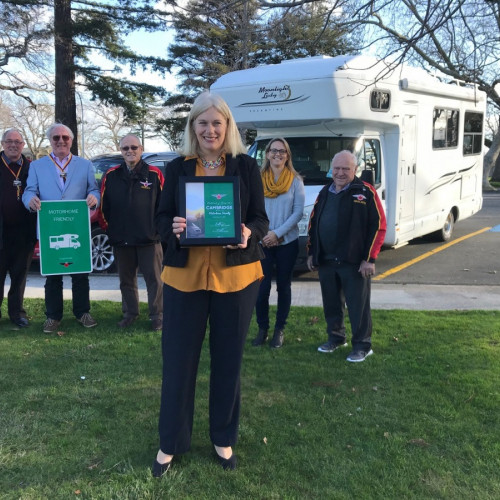 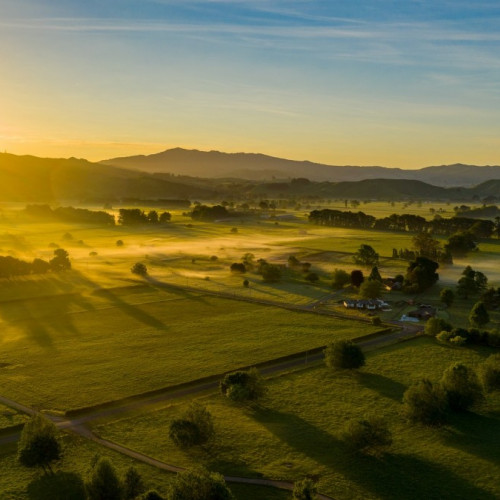 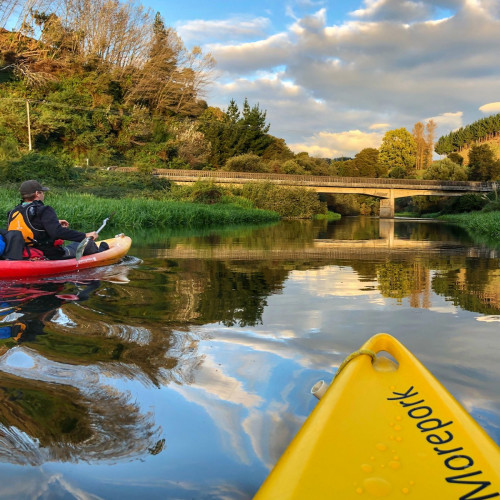 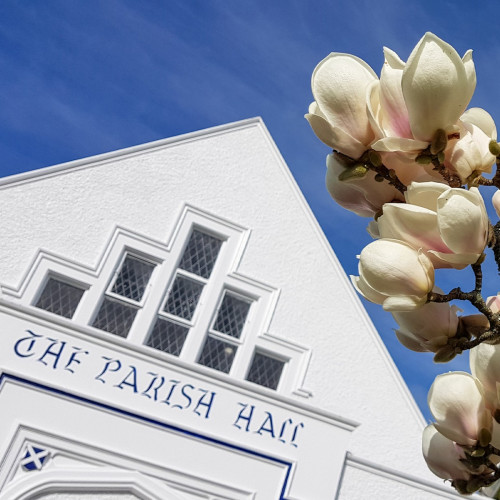 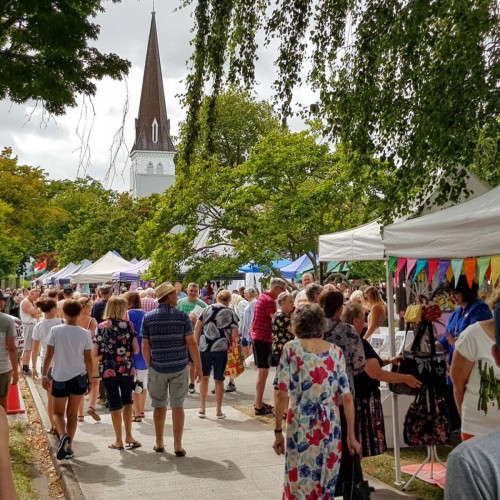 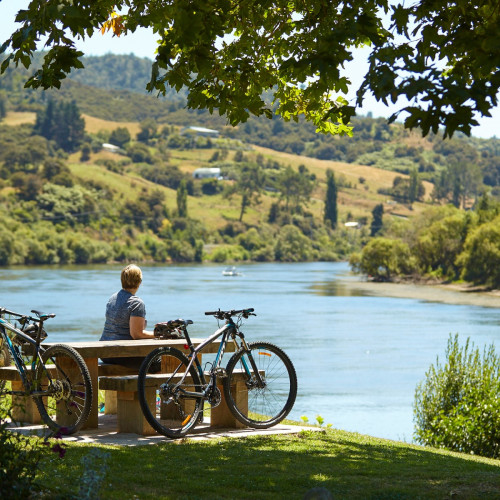 Cycle Cambridge
TapClick on an image to expand

Cambridge is a majestic tree-lined town that sits at the heart of New Zealand’s rural heartland. Its proximity to major attractions such as Hobbiton, Waitomo and Sanctuary Mountain, as well as its proximity to both the west and east coast beaches, make it the ideal base for exploring the Central North Island. It features award winning eateries, boutique shopping, antiques and art, all within an compact town setting.

Cambridge is blessed with trees, parks and gardens that provide a stunning palette of colours as the seasons change. Cambridge also has two of the country’s most beautiful waterways – the ‘mighty’ Waikato River and Lake Karapiro with swimming, rowing, kayaking, jet boating, skiing, cruising and fishing available, all within minutes of the town centre.

Cambridge is also well-suited to those who enjoy a walk or like to get on a bike – either for a gentle ride or to compete against the world’s best cyclists. And if horses are your thing, Cambridge is the Equine Capital of New Zealand.  Some of the world’s best racehorses have been bred here while many thoroughbred and standardbred trainers are based in the district.

Cambridge’s inland location helps give the town a temperate climate with mild, wet winters and summers that are generally warm and dry. The rainfall, combined with plenty of sunshine hours, helps create the luscious pastures that are key to the area’s dairy and horse-breeding industries.

But most importantly, Cambridge is a very welcoming and caring community, full of people doing good things in to look after our town and residents, and visitors.

Top 8 Places to See and Photograph:

1. Waikato River
There are spectacular views of New Zealand’s longest river from the Victoria Bridge, opened in 1907, or from the banks of the river as you head towards the Riverside Reserve. From there you can take the Camjet for a spin up the river to Karapiro Dam.

2. Lake Karapiro
Water, native bush and luscious green hills create an endless range of opportunities for the outdoor photographer – and there’s usually something happening on the lake whether it’s a sports event or someone having a paddle or fishing for trout.

3. Sanctuary Mountain
This 3,400 hectares of pest-free mountain reserve is a sanctuary for native birds and endangered species – it’s a chance to get up close to nature.

4. Panoramic Views
If you like landscapes, the best views can be found at the top of the Maungakawa Scenic Reserve (8km and a 14-minute drive north-east from Cambridge). On a fine day, you can see as far as Mount Ruapehu and Mount Taranaki.

5. Home of Champions
If you fancy a gentle stroll, check out Cambridge’s tribute to our equine and sporting heroes. Wander along Duke St to find 25 plaques honouring the achievements of local stars in the town’s Sporting Walk of Fame, and as you turn into Victoria Street, look for 18 mosaics set into the footpath of prominent local horses. On the wall beside the ANZ in Victoria St, you’ll find a special collection of plaques honouring our 13 (and counting) Melbourne Cup winners.

6. Heritage Walks
The Cambridge Museum website has maps of a number of local walks with landmarks described. These walks guide you through different aspects of local life – a Business Walk, A Tour of Churches, the Cambridge Domain, Leamington, Waikato River and the Suburbs Walk.

Wander around the town and you’ll see classic colonial buildings such as Cambridge Primary School (1879), the Town Hall (1909) and the Old Court House (1909) which now houses our local museum. The town’s original Post Office (now the restaurant called Alpino) was built in 1908 but its clock tower was removed in 1934 (after the Napier earthquake sparked fears it could topple) and it now stands in Jubilee Gardens.

7. Mare and Foal Sculpture
Outside the Town Hall in Victoria Street, proudly displayed to the thousands who drive past each day, is a life-sized bronze sculpture of a mare and her foal. Unveiled in March 2004, the 850kg statue was commissioned by the Waipa District Council, with financial support from the local equine industry, so the town could acknowledge the vast contribution made to its fortunes by horses.

8. Churches
Two Cambridge churches are among the most photographed in the region and are within sight of each other. St Andrew’s Anglican Church is one of the oldest buildings in Cambridge, having been built in 1881 and the tip of its spire is the highest point in town. Across Victoria Street is a converted church, now housing Good Union Bar & Restaurant originally built in 1898

The history of Cambridge:

Cambridge – or Kemureti as it’s called in Maori – is in the heart of the Waikato, the second largest region for Maori population in the country.  The town as we know it today, had its origins in war.

In pre-European days, the Cambridge area had a number of pa (fortified villages) and King Tawhiao, is recorded as saying: “Ko Arekahanara toku haona kaha Ko Kemureti toku oko horoi Ko Ngaruawhaia toku turangawaewae.” Translated to English, he said: “Alexandra (now known as Pirongia) is my stronghold, Cambridge is my wash basin, Ngaruawahia is my footstool.”

The name “Waikato” comes from Maori and translates as “flowing water”, a reference to Waikato River, the country’s longest (425km) which flows through Cambridge and has special spiritual meaning for Maori, especially the Tainui iwi (regional tribe).

In 1864, Imperial troops led by General Sir Duncan Cameron were fighting Waikato Maori who were resisting attempts to force them to sell land.

The troops were being supplied by steam boats and Cameron’s 3rd Waikato Regiment needed a base beside the Waikato River. A camp site was identified and quickly built.

More than 800 soldiers lived at the garrison and the settlement became ‘Camp Cambridge’, named after Queen Victoria’s cousin, the Duke of Cambridge, who was commander in chief of the British army.

When hostilities ended, Cambridge became a market town. At first, it was a highway district administered by a board of trustees set up in 1868. It became a town district in 1882 and four years later was given borough status. At the time, it rivalled Hamilton as the Waikato’s main town.

Meanwhile, the settlement of Leamington was formed across the river, joined to Cambridge by the bridge built in 1871. Leamington was assigned its status as an independent town district in 1905.

More than 50 years later, the two communities decided to become one, and Leamington became part of the Borough of Cambridge in 1958.

Today, much of Cambridge reflects what happened in those early days. Many of the town’s exotic trees were planted in the 19th century, and some of its landmark buildings – such as St Andrew’s Anglican Church (1881) and the Cambridge Primary School (1879) – were built while it was a military settlement.

Cambridge’s history can be explored at the Cambridge Museum located in the Old Court House, 24 Victoria St. It’s open Monday – Friday between 10am and 4pm and Weekends and Public Holidays 10am to 2pm.