A torch is recommended for the gold mining tunnels. The underground Woodstock Pumphouse is closed. 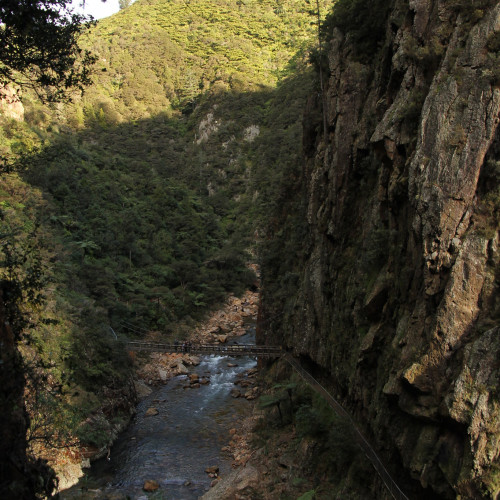 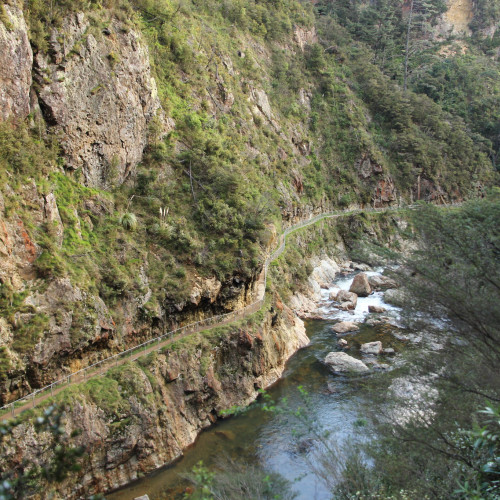 From the Karangahake Reserve car park begin by crossing both the suspension bridge over the Ohinemuri River, and then the Lower Waitawheta Gorge bridge. Go up the stairs and through the abandoned buildings and machinery of the Talisman battery.

Then follow the rail track along the gorge and into the old gold mining tunnels. The tunnel has four openings (windows) which look down on the spectacular river gorge far below. The track emerges from the cliff and descends a staircase before crossing the river on a suspension bridge and returning on the opposite side of the gorge along the Crown Tramway Track to the car park.

The Karangahake Gorge is on SH2 between Waihi and Paeroa, at the southern limits of the Coromandel Peninsula.

A torch is recommended for the gold mining tunnels.

The underground Woodstock Pumphouse is closed.