About the trail
2 km one way. Various walks.

The tracks and steps are generally in good order and you have a choice of entry options. Options for a longer walk. A moderate level of fitness and suitable footwear is required. 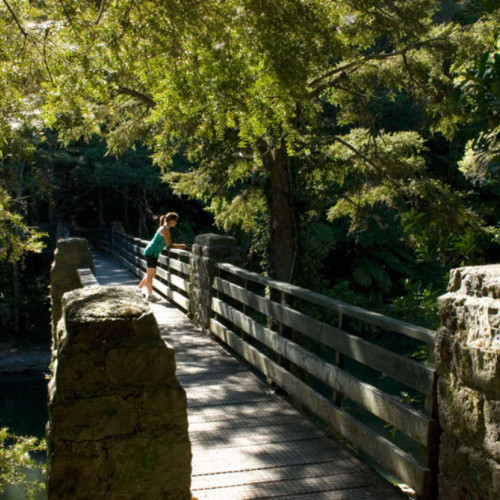 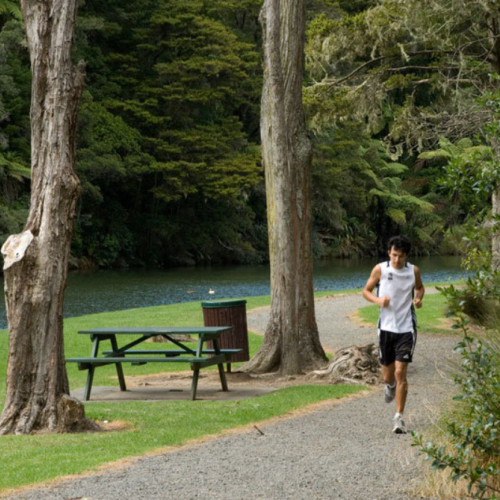 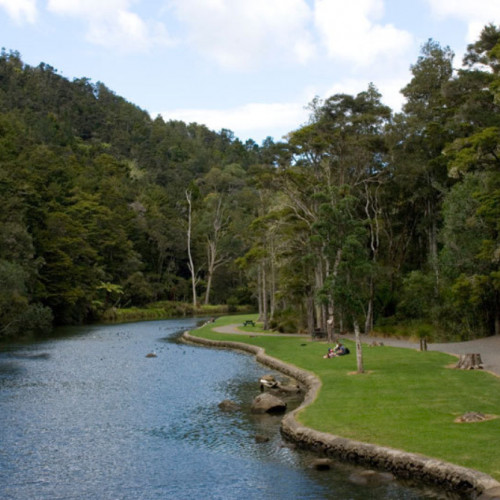 Parihaka Scenic Reserves encompass forest walks along the Hatea River and to the summit of Parihaka.

Mt Parihaka is an eroded volcanic cone rising 241 metres above sea level. Enjoy panoramic views of the city and harbor at the summit.

Parihaka Scenic Reserves is a Green Flag Award Winner 2012/13 - an international award rewarding the best parks and green spaces. The Reserves' focus on nature conservation and sustainable practices was praised.

The tracks and steps are generally in good order and you have a choice of entry options.

Most people start at the car park on Mair St; first following the metalled track down to Hatea River, crossing the footbridge, and beginning the ascent on Drummond track.

For a longer walk, take the Hokianga and then Dobbie tracks.

You can also depart on the Ross Track that starts at the end of Dundas Road.

Return on the track you came up or take an alternative route.

The tracks trail through native bush with many ferns including ponga or the silver tree fern as well as the native palm nikau and ti kouka, or cabbage tree.

You may also see native water birds including the kawaupaka or little shag and the parera or grey duck.

Parihaka takes its name from the haka, or war dance, of defiance. Parihaka was sculpted by early Maori inhabitants into a pa or great fortress and is reputedly the largest pa in all New Zealand.

The Hokianga and Dobbie Tracks have extensive remnants of Maori settlement extending along 3km of the ridge and including three heavily defended pa sites. More than 100 household terraces and 300 kumara pits have been identified. The Pa complex at Parihaka was the site of a significant battle and massacre in the 1700s.

The summit is home to the World War II War Memorial to those New Zealand men and women who died in World War II. The obelisk, unveiled in 1957, that glows red in the night sky is a local landmark.

A specially carved kohatu (rock) at the lookout summit represents the mauri (life essence) of the mountain, inspiring a sense of gravity and significance to the lookout.

View or download a map of the walks of Parihaka Scenic Reserves, the Whangarei Central Walks brochure, and other Whangarei Maps and Guides.

A moderate level of fitness and suitable footwear is required.