About the trail
5.3 km loop. loop.
Explore the remnants of the old Egmont Branch railway quarry complex while walking through native forest.

No Dogs allowed. York Road Loop Track follows part of the old Egmont Branch Railway Line. It best walked in a clockwise direction and passes ten numbered sites of interest along the way. 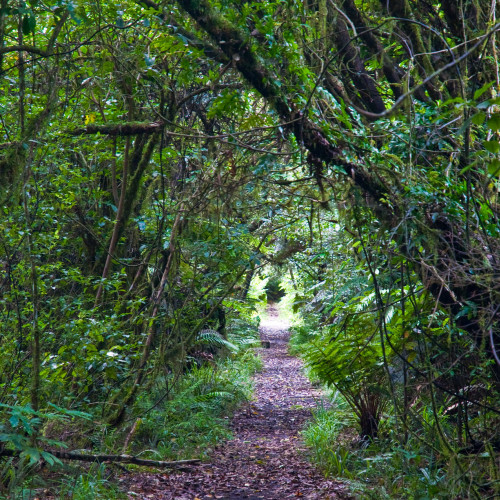 It best walked in a clockwise direction and passes ten numbered sites of interest along the way.

From Stratford, head north along SH3 for 6 km, turning left into York Road. The track starts at the end of the York Road.

The railway evolved in 1901 when the local Road Boardand Council lobbied the Minister of Railways to construct a branch railway for metal quarrying on the mountain. Until the late 1920s, the quarry provided metal for Taranaki roadsand rocks for Port Taranaki in New Plymouth. World War II created a major setback for the quarry and it was finally closed during the late 1940s.

Before you go into the outdoors, tell someone your plans and leave a date to raise the alarm if you haven't returned. To do this, use the New Zealand Outdoors Intentions process on the AdventureSmart website. It is endorsed by New Zealand's search and rescue agencies and provides three simple options to tell someone you trust the details about your trip.