Dogs on leash only. Suitable for Wheelchairs or Mobility Scooters 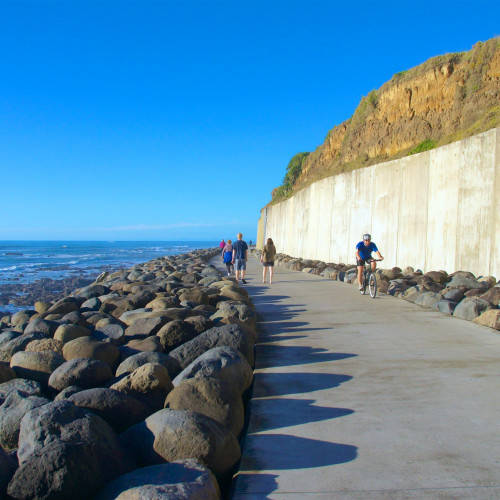 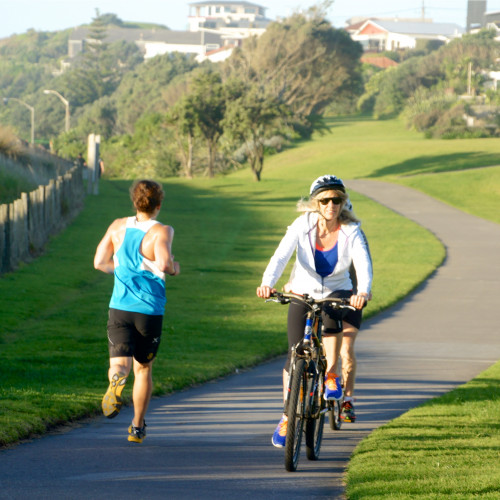 Distance: The Coastal Walkway is 12.7km from Port Taranaki to the eastern end side of Bell Block Beach.

Sections of the Walkway

Grade: Easy. The walkway is paved, with some gentle slopes. It is excellent for walking, running, cycling, skateboarding, skating, and scooting. Most people would be able to walk 4 - 6km/hr on the Coastal Walkway.

The Coastal Walkway follows the coast from Ngamotu Beach to the eastern side of Bell Block Beach.

There are numerous access points along the Walkway with car parking available in several places. Use the Coastal Walkway map to find entrances to the walkway, available car parking, and other facilities.

Electric mobility scooters are available to use free of charge. Their use is restricted to the Coastal Walkway between Port Taranaki and Te Rewa Rewa Bridge.

Bookings are essential and can be made by calling NPDC on 06 759 6060 or emailing [email protected] The service is run by Taranaki Disabilities Centre Trust. You must show staff that you can drive a scooter and sign a declaration to say you're competent. You will also need personal ID such as a Gold Card.