About the trail
7.5 km one way. one way.
Follow in the footsteps of Northland's Māori ancestors. This challenging track climbs through coastal forest before revealing a spectacular 360-degree panorama. It's one of our best day hikes. 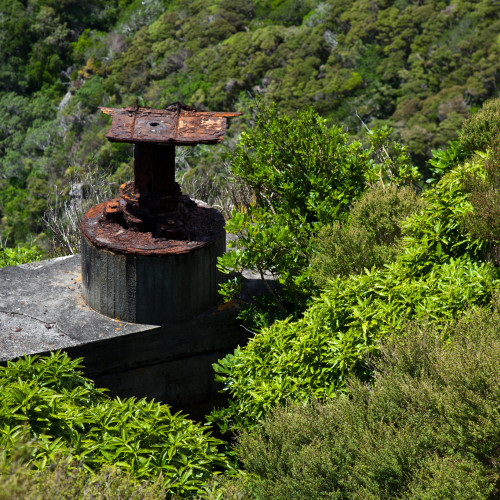 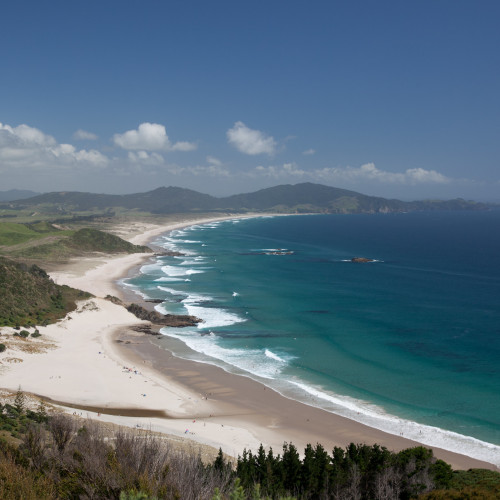 The track passes through some of the best coastal forests in the North Island. At the Bream Head summit, towards the Ocean Beach end and not far from the ruins of a WWII radar station, enjoy a magnificent coastal panorama. Take in views of Cape Brett (Motukokako) in the north to Cape Rodney (Tawharanui) in the south, as well as the Poor Knights islands Tawhiti Rahi and Aorangi, Taranga and Marotere Islands in the Hen and Chickens Islands group, with Te Hauturu-o-Toi/Little Barrier and Great Barrier/Aotea Island in the far east.

Once you've climbed up onto the ridge, the track becomes undulating and relatively easy-going.

To minimise disturbance to the area, and out of respect to local iwi and their ancestors, do not leave the marked tracks.

The nearest town is Whangārei (38 km).

If you don't want to walk the entire length of the ridge, you can park at the entrance to Peach Cove Track and enter/exit via that track.

There are a number of opportunities to see the recently translocated Whitehead/pōpokotea or the New Zealand robin/toutouwai.

Te Whara was the principal wife of the rangatira (chief) Manaia.

It was here that Manaia first met Puhi-moana-āriki, an early ancestor of the Ngāpuhi iwi and cautioned him with the words “Kei whara koe e Puhi i ngā tai e hāruru ana” (You may meet with disaster from the tides that thunder there).

Manaia’s wife is said to have slighted Puhi and was turned into stone. She stands as the projecting up-thrust rock at the eastern-most point of Bream Head, known as ‘Te Wahine iti a Manaia’.

Te Whara Track follows the ancient footprints of Manaia; a track that is at least 700 years old.